Comfort - Part I: The Roots of a Word

The Mistake of No Regrets

Our most powerful tool is not an answer.

The most powerful tool is a question, and our brain’s ability to form and apply questions is our greatest attribute as a species.


Often the real genius of this tool is when it’s applied to itself, as in: is this the best question we can ask? Is there a better question that is more helpful? In this way, our greatest tool can be used like an ax that sharpens itself. 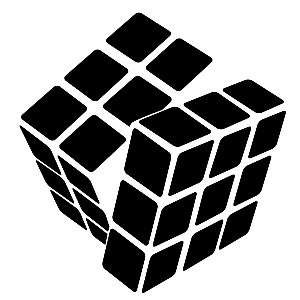 Take the Rubix Cube as an example. It’s widely considered a sign of intelligence for anyone who can solve it. The feat appears almost magical when it is finally completed. Like pouring out a bag of scrabble pieces and watching a sonnet appear.


How is the Rubix Cube solved?

But is it a useful question?

Inevitably, that question would involve tracking the position and orientation of 26 cubic pieces relative to each other with 54 colored faces. For the average person this is far beyond our telephone-number-sized memory.

What is a better question?

Well, that first question had too big of an answer. This is one way to analyze a question. How big and complicated is the answer? Most often it's like Thanksgiving Dinner where our eyes are much bigger than our stomachs. In this case the question begs an answer we cannot fathom.  We need a smaller problem, a more narrow question. We need to take smaller bites.

Can the question be downsized to arrive at a smaller answer – a more manageable answer?

This might be a useful question. And notice it is a question applied to the first question.

How about starting with just one side of the Rubix Cube? 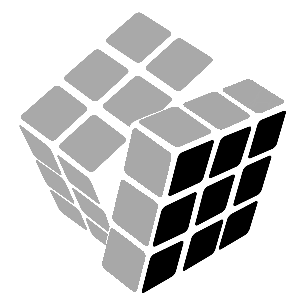 This is often how it goes. People retreat from the 3 dimensions of the Rubix cube to just 1 dimension, and look to solve just one color (9 out of 54 faces).

Getting one side to have all one color is not terribly hard. And this is where progress stagnates. . . this is where most people abandon the puzzle.

After one side is ‘done’, there’s the realization that none of this face's adjoining edges match up correctly.

Suddenly the effort of accomplishing one side seems unproductive and we are back at square one faced with 3 dimensions of confusion.

This is the crucial point where people usually give up, and it is because the right question has still not been asked.

The mistake is jumping from the one dimension back to three dimensions.

What about just 2 dimensions?

What does that mean? What would that look like?

Well, what if we attempt to solve one side as before, but this time do so with the aim of having just one edge – just three of the faces on an adjoining side –  have the correct corresponding colors. I.E. Solve the whole white side with just three of the red faces lined up that share an edge with the white side, so at the end of this tiny exercise 12 of the 54 faces look like they are in the right position.

This is jumping from 1 dimension to just 2 dimensions. 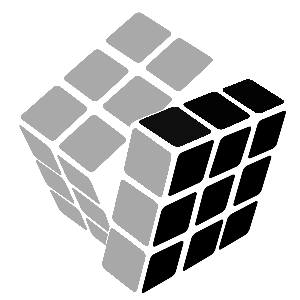 Notice how much more specific and detailed this question is.  It does not jump from 9 colored squares to 54, it jumps only 3, from 9 to 12.

Increasing the specificity of a question often yields a more useful answer. It helps break down a problem into manageable parts. And if it is still too difficult to answer, it must be broken down further.

Perhaps one edge is too much. What about a full side and just two corresponding red faces that match up? Or just one? And then two.


Can this strategy then be reapplied to the other edges of the white side?  So that we end up with the top level of the rubix cube being solved.  I.E. the whole white side and the 3 colors on the adjoining edges, red, green, orange and blue?  If we can move in the way, we go from 9 colored squares to 12, to 15, to 18 to 21. 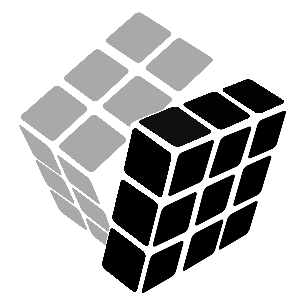 Might the small differences between strategies for each edge create a familiarity with how each dimension of problem solving affects the next? Could the principles deduced from these smaller exercises be one of the keys to getting the very last face into place? Absolutely.

Likewise, the best teachers do not simply profess the best answers. Rather, they ask the better questions. Nor do they dodge questions for which they have no answer. Instead they use these as points of departure to further explore their topic and improve their expertise. And if a teacher gets excited about a question for which they have no answer, you know you have a winner.

Indeed, if Curiosity were a superhero, the ‘question’ is certainly the lightsaber it carries.

But as with any tool, our mastery of it requires constant use, constant practice and training, because a tool is only as useful as the person who wields it.