The Art of Learning

The Problem with Free Speech

A Lucilius Parable: Waiting for Now

The discovery of the new will always look like wandering before it is found.  This is one of the 9 principles of Tinkered Thinking.  It’s a more direct equivalent to the catchier, albeit vague: think outside the box.

Perhaps the thought has crossed the minds of a few upon first hearing this catchy dictum:  what exactly is the box, and why is my thinking inside of it?  Presumably, the box is what is already known, what has already been discovered, created, decided upon and further more depended upon.  The thinking that is characteristic of the box is old and therefore merely repeated by default.  Getting out of the box means to abandon the safe haven of predictable patterns and to risk venturing into the unknown in order to have a chance at finding something new.  The box is the mapped area, and because it’s mapped and structured, we already know what’s there, it’s the unmapped area that holds new treasure.

But how exactly do we navigate the unknown?  The attempt to answer that question is one of the fundamental reasons why Tinkered Thinking exists, and while it’s imaginable that we might be able to codify some basic navigational principles regarding our venture into the unknown, it’s probably safe to assume the first step in such a process: wandering.

You’re only lost when you can’t find a place you know exists.  We wander when we search for something that may or may not exist.

Now here’s a place or rather a thing that might exist: is it possible to come up with a simple visual illustration of this principle of wandering from Tinkered Thinking?

This is the question asked by a new Twitter account with the handle @TheVisualMonkey who later approached Tinkered Thinking with a preliminary sketch.

That first sketch showed a square and a second quasi-square represented by a wandering line that roughly approximates the shape of a square.  The relation to principle of wandering is evident, but the illustration on it’s own doesn’t evoke the same idea - it’s up to multiple interpretations. 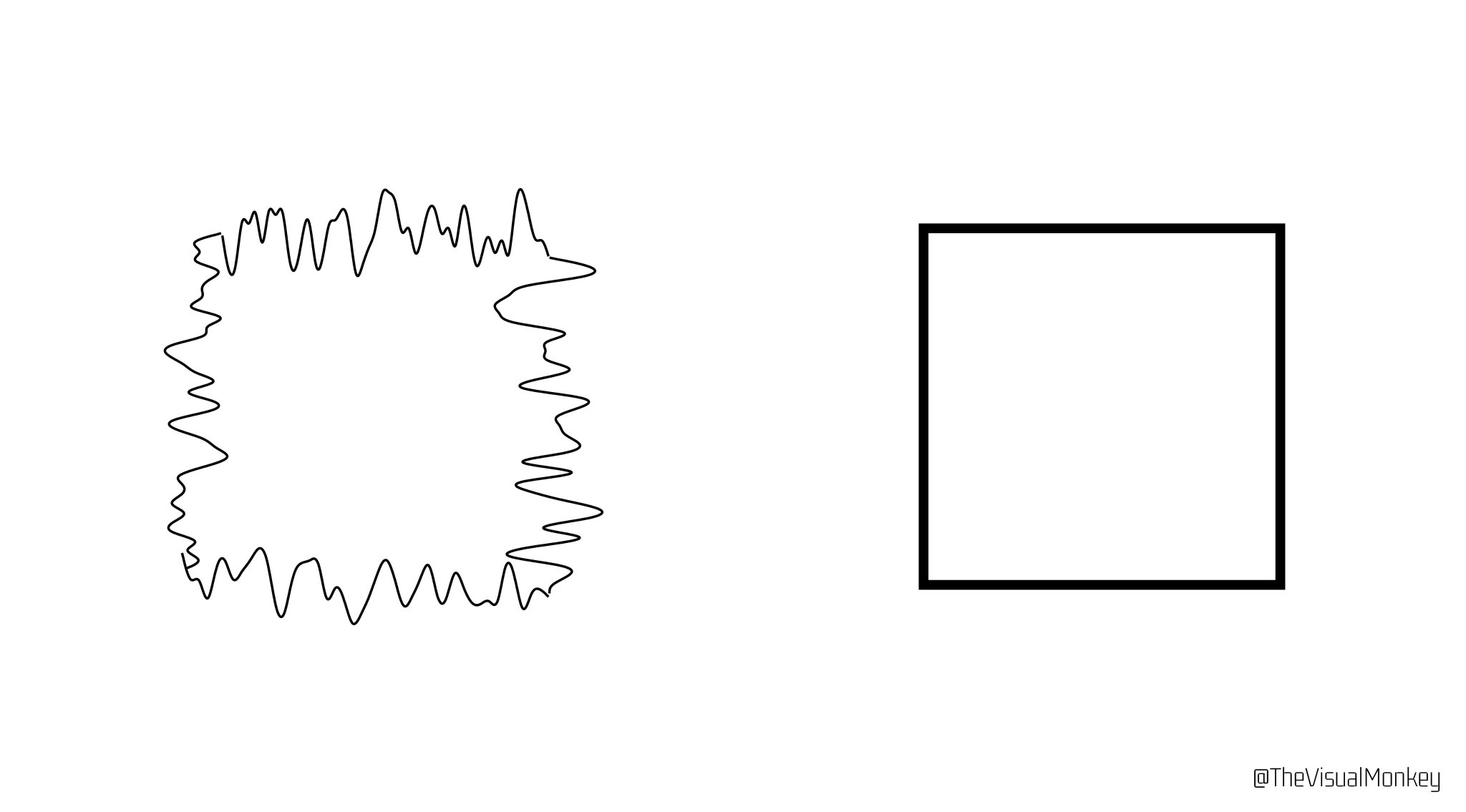 So a collaboration began and we wandered around for a better answer to that question about whether the principle could be illustrated successfully.  Tinkered Thinking put forth an alteration of the design as a suggestion which shows the wandering line hitting specific points outside of the initial square. 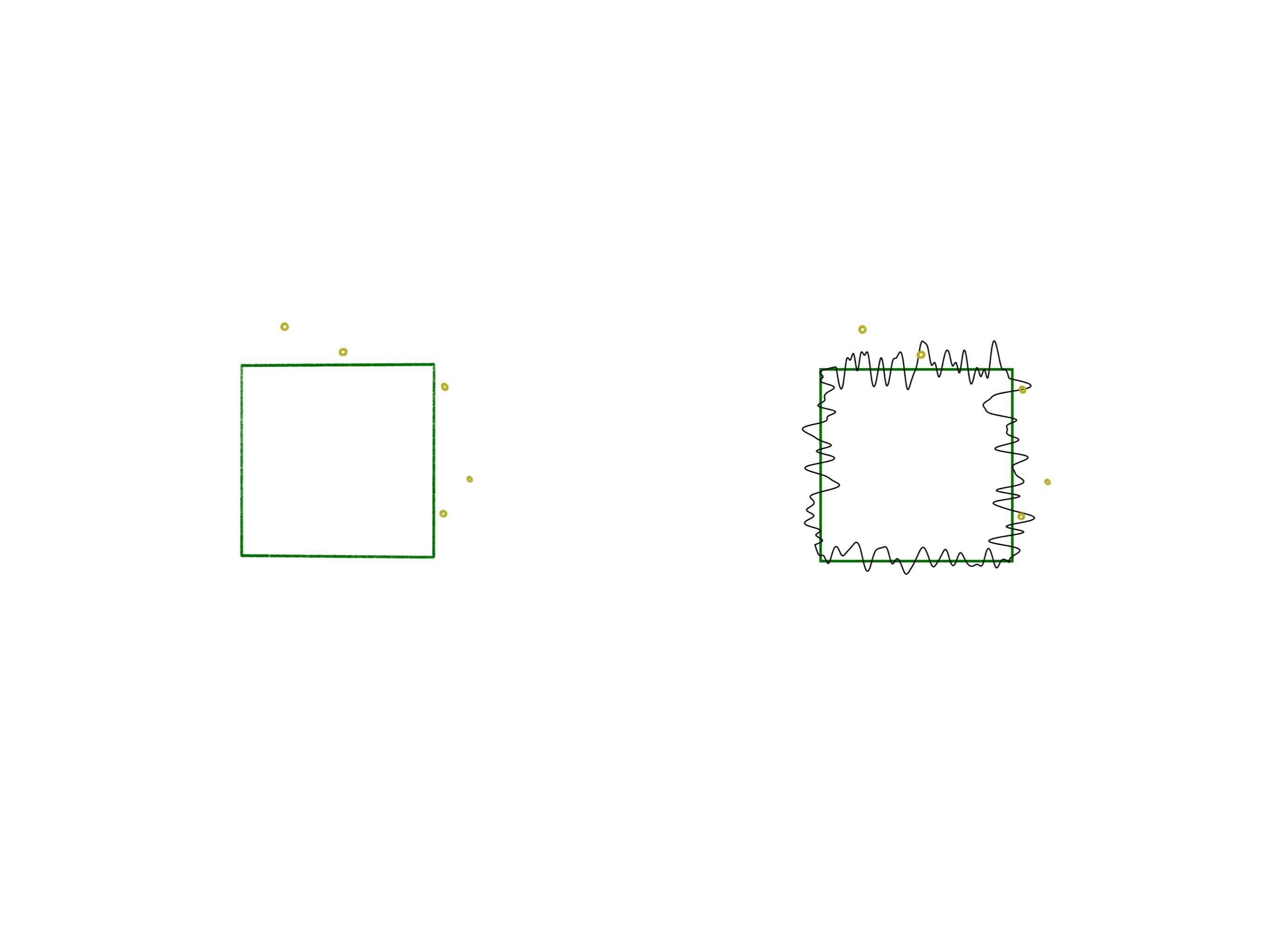 This progression seemed to be the needed step to answer that question.  @TheVisualMonkey built upon the design and brought the idea to full fruition with an illustration displaying two squares, the second which has an overlay of a wandering line crossing 3 points, and then a third part of the illustration that shows the perfect triangle discovered that connects these three points in the absence of the square and the wandering path that was required to find the triangle.  Wonderfully, the final illustration evokes the very process that was taken to find it.  We had to wander around and poke at different ideas before we found what we liked. 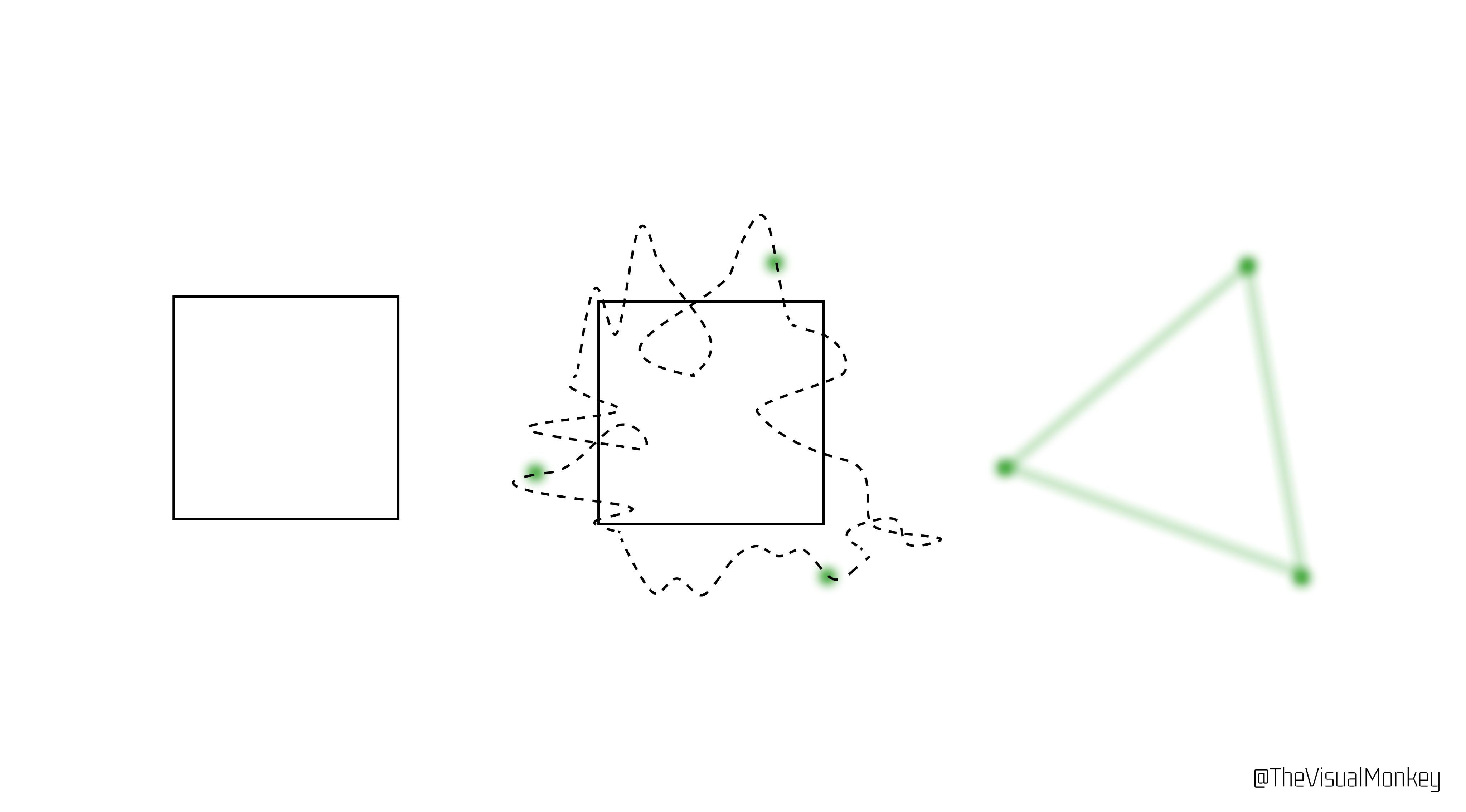 A huge and humble thanks to The Visual Monkey.