THE LUCILIUS PARABLES, VOLUME I

Tinkered Thinking has released its first book, The Lucilius Parables, Volume I. 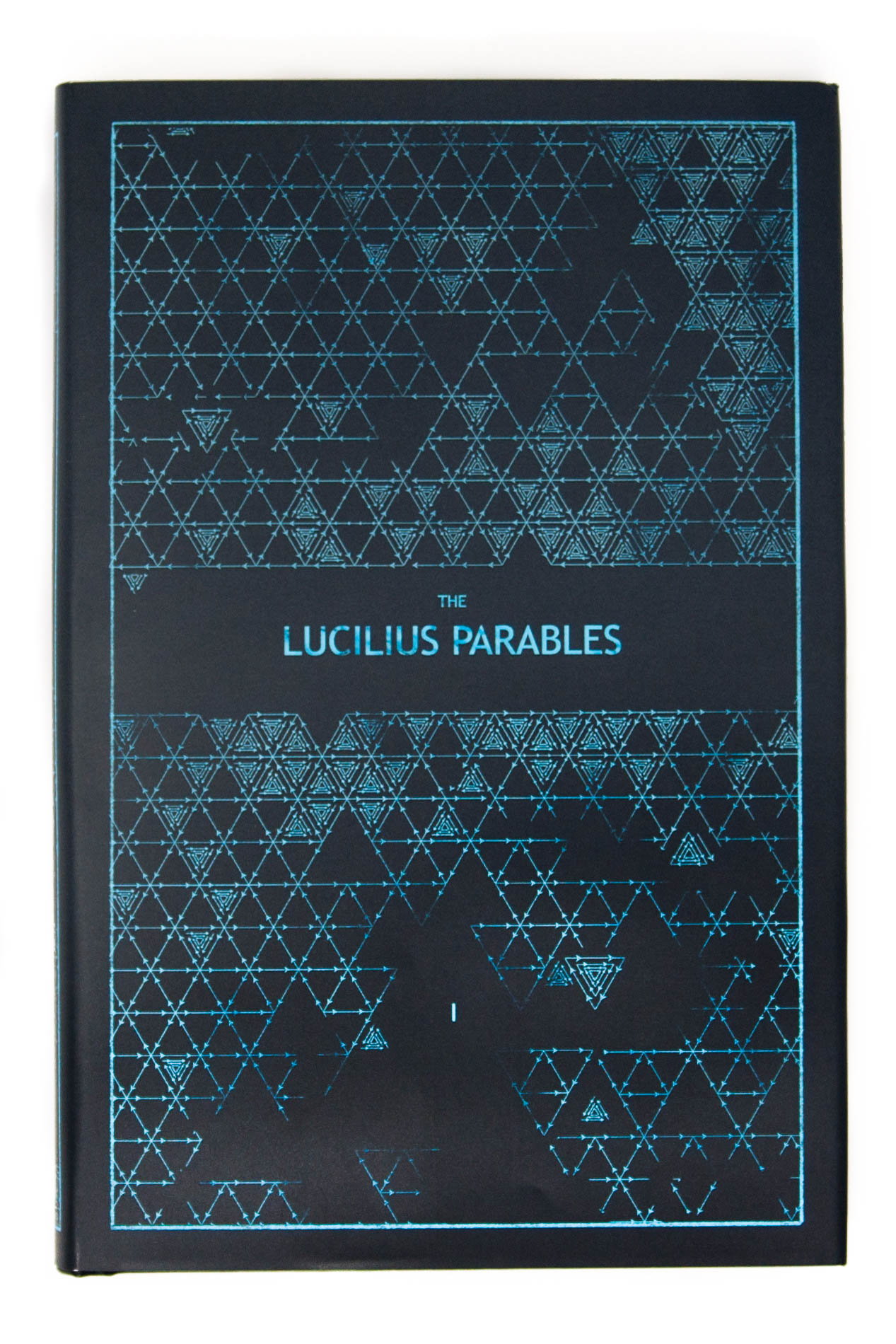 Those who are regular readers or listeners of Tinkered Thinking will know that a short story is released every Sunday.  These stories are dubbed ‘parables’ and they always revolve around the same character: Lucilius.  This first volume is an illustrated collection of the first 51 parables released on Tinkered Thinking (along with one unreleased parable exclusive to the book).

The name Lucilius was inspired by the famous Letters of Seneca, or as they are sometimes referred to The Moral Letters to Lucilius.  This is a collection that documents one side of a correspondence between the philosopher and statesman Seneca and a financial official in Sicily.  Lucilius’ side of the correspondence is not included, and so he remains a bit of a mystery, appearing only as Seneca imagines him.

At the time when Tinkered Thinking was just starting, Nicholas Nassim Taleb’s work was also on the chopping block, and his use of the fictional character Nero to illustrate certain points inside of his non-fiction work helped provoke this notion and question:  would Tinkered Thinking benefit from fictional narratives that try to explore the same material in a totally different light?

Even with a good deal of experience writing fiction, this is a fairly tall order: to write a short story every week.  Luckily, the word ‘parable’ comes into quick and elegant use for this issue.  A parable is a simple story used to illustrate a moral or spiritual lesson.  And of course this comes from the Christian tradition, as they were told by Jesus in the Gospels.  This concept of a ‘parable’ does several things which are in-tune with with a possible answer for that question posed about Tinkered Thinking benefiting from fictional narratives.

In literary circles, a story that blatantly demonstrates the ‘point’ that it’s trying to get across is frowned upon, especially if it’s a moral one.  Why this is, and whether its good or not is a can of worms better left for someone else to crack.   But a parable straddles this issue quite nicely.  A parable makes no claim to be any kind of high fiction.  There is something far more humble about a parable.  The entire concept lacks the stuffy conceit that is often associated with fine literature.  And for good reason: when it comes to the task of understanding what’s going on, the barrier to entry is far lower than it is for something like say… oh, James Joyce’s Ulysses.

This conscious flip of purpose is quite interesting in a modern context of social feeds and over-stimulation and constant distraction.  Whether it succeeds on Tinkered Thinking or not, the concept of a modern parable teases at something that is both accessible and thought-provoking.  These two concepts don’t usually go hand-in-hand.  What is accessible is often shallow, and what is thought-provoking- or rather what is culturally deemed ‘thought-provoking’ can often be concealed within layers of obfuscation that one is required to sift through.  The Lucilius Parables from Tinkered Thinking seek to cut this cake and keep it too.  The kernel curiosity that generates each story is this: is it possible to help a reader think about their experience of being alive in a new refreshing way within the bounds of just a couple pages of fictional story?

Tinkered Thinking has now released over one hundred Parables, and the feedback emphatically answers: yes, It is possible.

Once Tinkered Thinking had its first birthday and about 50 parables had been written, a particularly insidious thought came floating along:  there’s quite a few of these stories now.. I wonder what it would look like if they were all dropped into the same word document?  Is that enough for a book?

The answer is obvious of course.  To be perfectly honest, this book was written by accident.  The aim was never a book, but always a curiosity about what might be possible with enough process and practice.

The 52 illustrations were added for several reasons.  One is that a few parables really are quite short, and to be frank, this presents an awkward situation regarding spacing and design within a book.  The illustrations provide a beautiful punctuation between each story.  The other reason is that.. well, everyone loves pictures in a book, and do be sure, these illustrations were quite a lot of work.  The hope is these illustrations add a bit of mysterious value to a physical item like a book.  This isn’t just a bunch of stories, this was designed to be a larger aesthetic experience, like a book you can imagine having on a coffee table, but if picked up and genuinely perused would quickly have your brain bent in an unexpected and refreshing way.  That’s another aspect of this book:  the stories can be read in any order, and they are quick, bite-sized meditations.

Each parable in this book (aside from the one written exclusively for the book) can be found on Tinkered Thinking in its rough unedited form.  But, good luck finding them in a way that is as effortless and pleasurable as turning a page and seeing a hand drawn illustration to invite you into the next story…